GRAPHIC IMAGE WARNING: Post contains the bloodied photo of a 10-year-old boy. The image may make you uncomfortable.

​The following is a report from the News Agency of Nigeria (NAN). Notice how NAN avoided mentioning that a boy was gunned down by police “stray-bullet”. NAN only refered to a “young man” being killed. It’s a 10-year-old boy, NAN! And the bullet went through his head!

Three people were killed on Saturday in a protest by Owerri natives following the demolition of the Eke Onunwa market by the state government.

But the Police Public Relations Officer, Mr. Andrew Enwerem, could not confirm the casualty as he is out of the state.

The News Agency of Nigeria  reports that the situation escalated when one of the protesters, a young man, was hit and killed by a stray bullet fired by security operatives deployed to maintain order in the melee which ensued after the demolition. 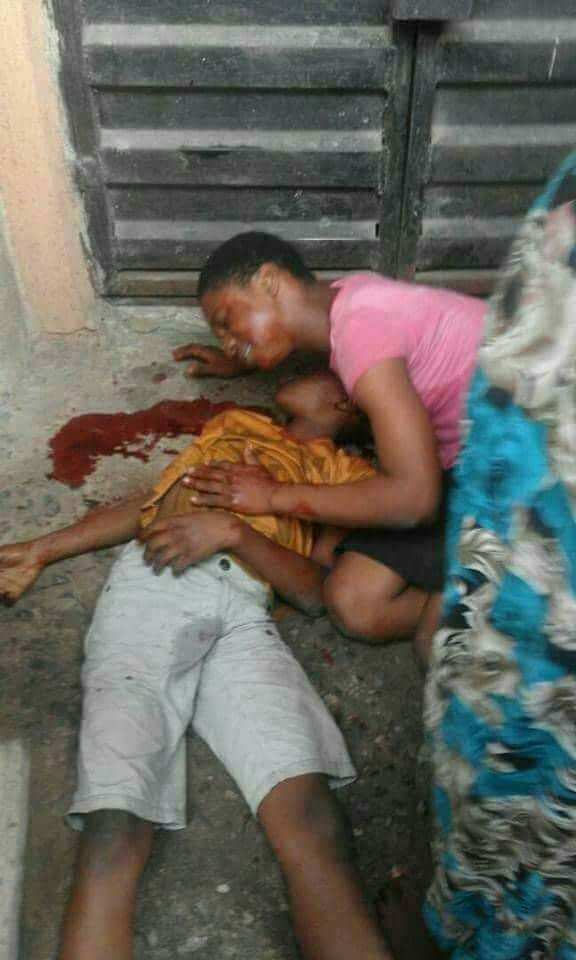 Following the death of the protester, Owerri natives proceeded to set fire to the property belonging to some residents.

This led to a fight between the residents and those protesters resulting in the death of two others.

Governor Rochas Okorocha of Imo state had issued an evacuation order to the traders advising them to relocate to a new site to make way for development at the market site.

The efforts were resisted by the natives of the area who fought the relocation of the market by the state government.

However, the market was demolished in the middle of the night by bulldozers already stationed at the scene despite the efforts of the natives.
Military and police personnel have been deployed in Owerri to forestall further breakdown of law and order.

The question is: why would police fire live rounds at protesters?