Even those who live under rocks have seen the photo below. 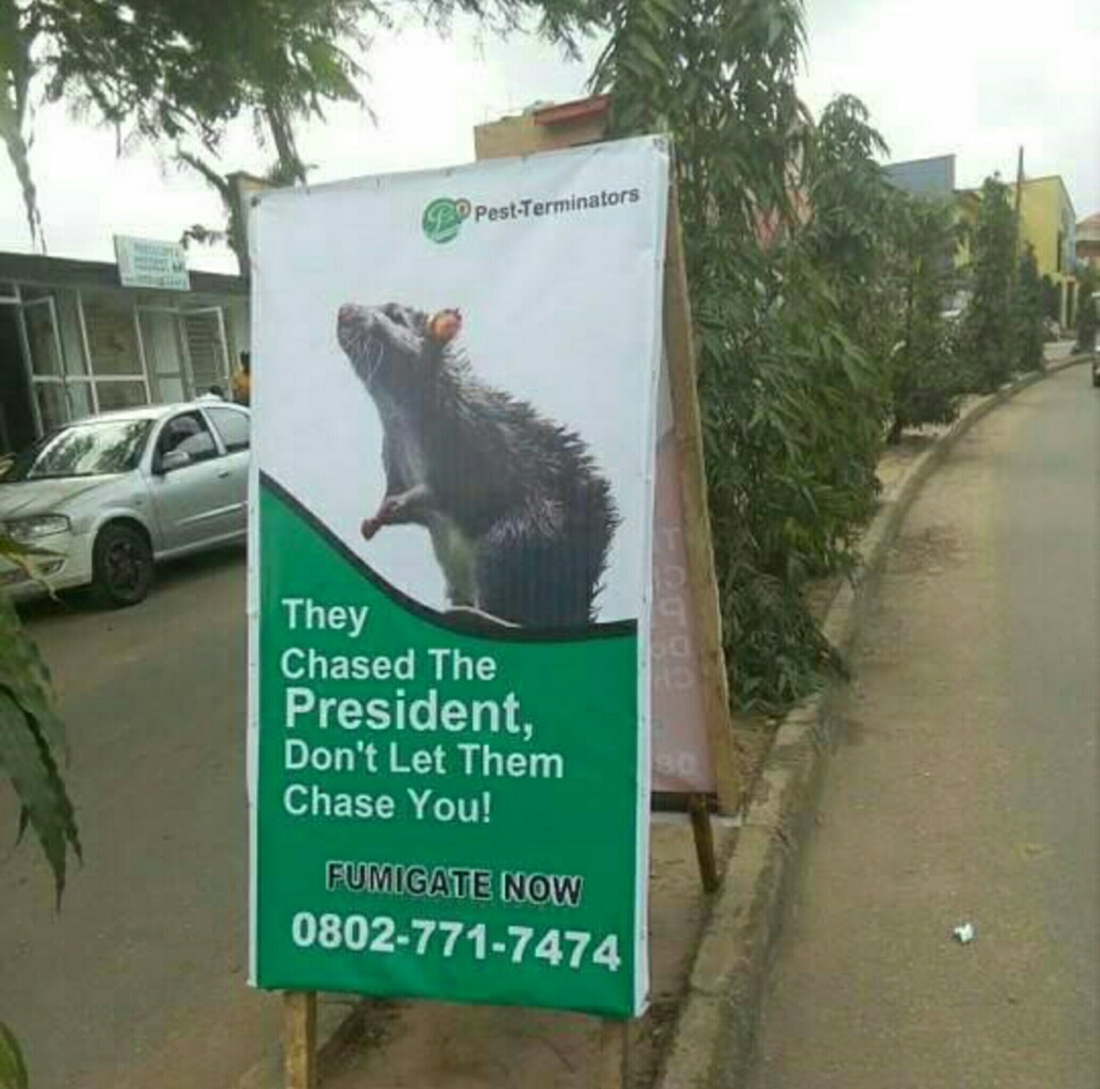 I heard the Nigerian behind that advert has been arrested and jailed so I decided to call the number to verify. The claim is untrue. Guy is alive and well and free.

And he’s getting mixed feedback from all sides. Some praise his “ingenuity” and “creativity”. Others think his mindset indicates a bigger problem.

Former presidential media aide and popular social commentator Reuben Abati falls into the second category. Here’s what he had to say:

This cynical advert below, should not be allowed to pass without comment. It has been in circulation on social media in the last 24 hours or so.  It speaks to the depth of the cynicism, innovativeness, creativity and the desperation of an emergent and predominant generation of Nigerians.

At face value, it tells us that Nigerians see a business opportunity in everything and anything.  But the flip side is that classical tragedy means nothing to them,  they will impose the comedic and the burlesque on it and conflate the semiotics of the forms in so doing.  The Nigerian majority is particularly hard of hearing and any society where anything at all is interpreted not in normative but profit terms is in trouble. This guy who is identified by True Caller as DK Cosmos using an Airtel line, is obviously unconcerned by the tragedy of a Nigerian Presidency that is allegedly, sorrowfully humiliated by rodents – for him it is a profit opportunity.

This is the real Nigeria if we may so admit. Soon, other business owners would exploit this attention-grabbing marketing line, and thus further ridicule us as a collection of people without values and a much-needed generosity of common sense…”They chased the President, don’t let them chase you!”. Question: A nation of rats?