If you’re still wondering why Imo State governor Rochas Okorocha erected a statue in honour of South African president Jacob Zuma, you should see this: 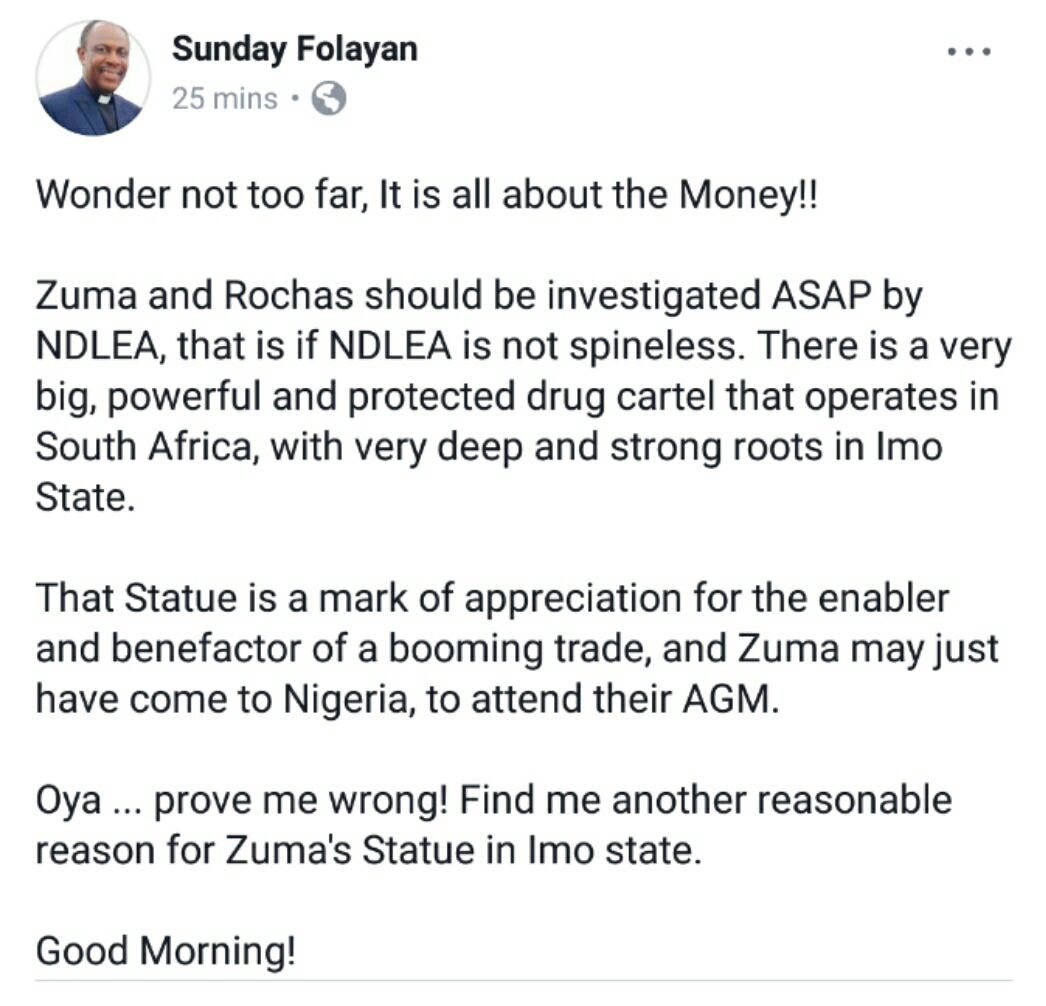 I must admit I didn’t see this coming. I sensed something must be off about Okorocha’s gesture. The governor also named a street after Zuma on whom a chieftaincy was also conferred.

You know why they kill Nigerians in South Africa? Well, some locals think Nigerians, like other foreigners, are “stealing our jobs”. Some, many actually, think Nigerians peddle drugs. . We’ve also heard about that drug epidemic in Nigeria’s South East. These things could be connected.

When I heard about the statue, I thought Zuma may have funnelled monies to Okorocha’s foundation. Who knows? The governor could be taking a cue from Hillary Clinton’s “pay for play”.

I have no proof of this. Just thoughts. This is why I feel the EFCC should immediately investigate the whole thing. We need to know why a Nigerian governor would immortalise a foreign leader whom many consider a villain, no hero. This is not the Great Mandida for crying out loud. In fact, there are many who believe Zuma is practically pissing on Mandela’s grave. 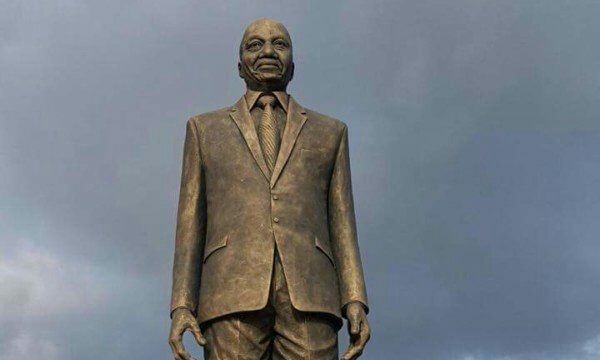 This is a Zuma who is being probed for corruption. And this gesture comes from a Nigerian governor who remains a prominent member of the ruling APC which won Aso Rock on the promise of fighting and ending corruption. This stinks.

I mean…this is a Nigeria in which the secret service allegedly has a dossier on rusticated UNILAG student Femi Adeyeye whom they consider “a threat to national security”. Don’t laugh. It’s not funny.

Nigerians must stop laughing at that statue and at the folly of a leadership that promised to do things differently. We must act. Enough of this nonsense.

What breaks my heart is why my people in Imo are not protesting and demanding Zuma’s statue be demolished, his chieftaincy revoked, and that street renamed.