This article was written by Nigerian lawyer Inibehe Effiong.

Pastor Enoch Adeboye, the general overseer of the Redeemed Christian Church of God (RCCG), is part of the problems we have in Nigeria. If Jesus Christ was like Adeboye, only the rich and influential would be qualified to be a Christian.

Pastor Adeboye went to Akwa Ibom State on Sunday, January 21, 2018 to lay the foundation of a senseless project called the “International Worship Centre” which we are told by state officials will cost a whopping N10 billion. 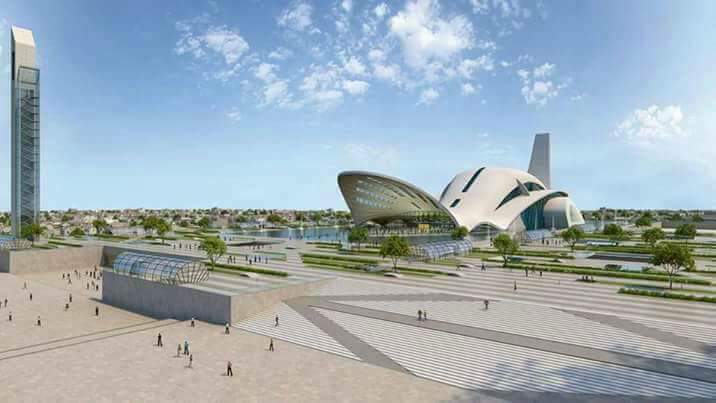 One year ago, a church collapsed in Akwa Ibom State killing worshippers because the lawless founder of the church, Akan Weeks, was not ready to comply with basic building regulations in his desperate bid to be consecrated a bishop by all means.

Till date, the Akwa Ibom State Government has not compensated the families of the bereaved. The medical bill of the victims is yet to be fully paid. We understand that the government is unable to raise N100m to offset the medical expenses of those who were treated. Nobody has been prosecuted for the collapsed church building. The report of the Judicial Commission of Inquiry empanelled by the governor to divert attention has been buried. The governor who escaped death during the ill-fated bishopric consecration of his friend, Akan Weeks, is still dancing on the graves of the dead.

That is the man that wants to bribe God with an international worship centre. That is the type of heartless governor that Pastor Adeboye is proud to be associated with, the same governor who rode to power in 2015 on the blood of Akwa Ibom people.

The latest publication by the Nigerian Bureau of Statistics (NBS) places the unemployment rate in Akwa Ibom State as the second highest in Nigeria. This is a state that received over N2 trillion from 2007 to 2015 in federal allocations; the same state that is still receiving the larger percentage of monthly federal allocations.

In Akwa Ibom State today, there is no single industry where 500 people can be gainfully employed. Majority of the youths have been turned to beggars who depend on politicians for survival. The poverty rate in Akwa Ibom State is scandalous. Uncompleted white elephant projects are littered across the state because of alleged paucity of funds; yet, the government is constructing a multi-billion Naira sepulcher in the name of a state worship centre.

The black man is in need of redemption. Our leaders have gone mad again.

The state governor, Mr. Udom Emmanuel, is presently building a multi-billion Naira lodge for himself in Lagos State. Despite street protests in Uyo and Lagos by hundreds of Akwa Ibom people against the new Lagos lodge which I was privileged to have led and spearheaded, the governor has chosen to listen to his animalistic instinct rather than the voice of the people by going ahead to construct the new lodge in Lagos State.

The same Udom Emmanuel completed a state-of-the-art edifice for himself in his hometown, Awa, in Onna Local Government Area, within the first six months of his clueless administration. This is a man who publicly boasted about his attainment of a Business School.

Churches are scattered and littered across the length and breadth of Akwa Ibom State. Yet, iniquity is thriving in the state. Politicians are stealing with impunity. The true gospel of salvation and holiness has been replaced with prosperity preaching by many of the so-called pastors in the state. Most politicians see Churches as an extension of the state government.

Many pastors in Akwa Ibom State are engaged in partisan politics. The likes of Archbishop Elijah Mboho, Bishop Cletus Bassey and other pro-government preachers are using religion to give legitimacy to the criminality of the corrupt politicians in Akwa Ibom State.

Pastor Adeboye shamelessly went to lay the foundation of a project that is totally useless to the long suffering people of Akwa Ibom State without introspection. Why has our so-called religiosity not translated into a better country? Nigerians are the modern day Pharisees.

Akwa Ibom State is not a Christian state. We have Muslims, Atheists, Traditionalists and people of other religious persuasions in the state. It is not the business of the government to build a Church. Section 10 of the Constitution of the Federal Republic of Nigeria, 1999 (as amended) states that ‘’The Government of the Federation or of a State shall not adopt any religion as State Religion”. Therefore, Mr. Emmanuel has no business dissipating public funds in building “an international worship centre”.

The suggestion by the state government that some yet to be named Non-Governmental Organizations (NGOs) will contribute the larger percentage of the cost of the ‘state church’ is an irresponsible lie. Sensible NGOs do not engage in frivolous religious adventures. They work towards alleviating poverty and improving the standard of life of the people. Nobody is deceived except the gullible.

Did Papa Adeboye ask his host whether pensioners and civil servants have been paid in the state? Did he bother to query Udom Emmanuel on why a government that is running under a secular Constitution should be building a religious centre with public funds and tax payer’s money? Did Adeboye ask Udom Emmanuel why his state is rated the second highest in the country in unemployment despite the stupendous allocations accruing to it?

What exactly is the interest of Adeboye in Akwa Ibom State? Is Jesus Christ proud of Adeboye’s collusion with failed political leaders? I am disgusted by the reprehensible complicity of Pastor Adeboye in the looting and destruction of Akwa Ibom State. Adeboye may have forgotten that judgment will start from the Church.

Let it be known that God is not mocked. The manipulation of religion in Nigeria by corrupt politicians in connivance with commercial pastors will not go unpunished.

Effiong is a Nigerian lawyer. You may reach in at inibehe.effiong@gmail.com