Dino Melaye has landed in hospital after reportedly jumping out of a moving police vehicle in Abuja, PREMIUM TIMES has learnt.

Mr Melaye, representing Kogi West Senatorial District, submitted himself to the police earlier today. But he was being taken to Lokoja, the capital of his home state, where he is expected to be interrogated by the police in connection to a murder case and other criminal activities. 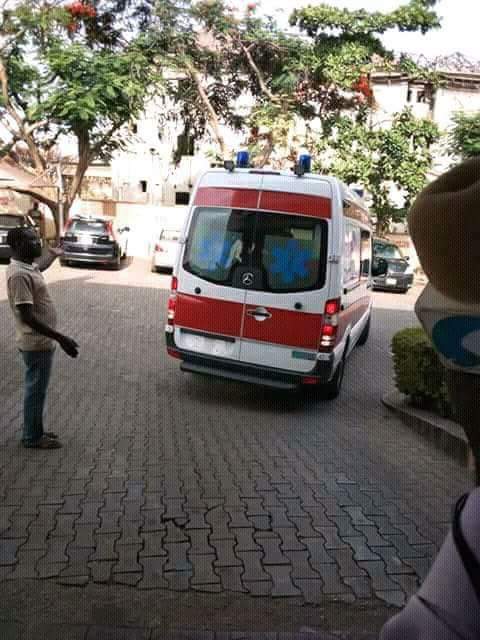 The senator is currently at Zankli Medical Centre in Utako District, Abuja, a hospital spokesperson confirmed to PREMIUM TIMES by telephone Tuesday afternoon.

The medical official said Mr Melaye was not in critical condition, but he is suspected to have broken a vertebrae.

There were reports that the police were taking him to Lokoja to parade him alongside previously arrested suspects who have allegedly confessed to being supported by Mr Melaye.

But the Kogi police commissioner, Ali Janga, told PREMIUM TIMES he did not plan to arraign the senator, saying he would only convene a press briefing about the matter.

Mr Janga did not immediately say whether he would cancel his planned press conference now that Mr Melaye has apparently escaped from being taken to Lokoja.