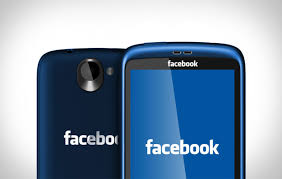 Facebook will make its biggest leap yet on Thursday, when it is expected to introduce a moderately priced phone, made by HTC, powered by Google’s Android operating system, and tweaked to showcase Facebook and its apps on the home screen.

Chief executive, Mark Zuckerberg, has long maintained that Facebook does not have to build a phone, as its.

But it needs to find a way to play a bigger role in delivering what consumers want from their phones: ways to communicate, find answers to questions, shop and be entertained. The company would especially like to become that workhorse for the vast majority of its users who live outside the United States and from whom, so far, it barely profits.

The Facebook phone adheres to two crucial product announcements in the last three months: A new search tool that encourages users to use their Facebook friend network to seek out everything from restaurants to running trails, and a news feed remade for mobile devices.

The details of the would-be Facebook-centric phone are under wraps. But the motivation is certain.

“Facebook would like to be, literally and figuratively, as close to its users as its users are to their phones, within arm’s reach when they are searching for information, news, time wasting, shopping, communication,” said Rebecca Lieb, an analyst with the Altimeter Group.

That can be especially attractive if the new phone is affordable to emerging market users: Brazil and India are home to the largest blocs of Facebook users after the United States, and their numbers are growing swiftly as smartphone penetration increases in those countries. Many Indian cellphone makers, for that reason, have Facebook already installed on their home pages.

But Facebook makes little money by advertising to those international users.

By partnering with HTC, a phone maker based in Taiwan, the social network is signaling that it is “making an international push,” says Michael Pachter, an analyst with Wedbush Securities.

“The more people you get to use it on phones, the more ads you can deliver,” Mr. Pachter said.

Facebook made a little more than $4 a user in North America and $1.71 in Europe, but barely more than 50 cents in the rest of the world, including large markets like Brazil and India.